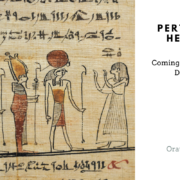 Libretto by Zsófia Tallér based on the original German translation of Prof. G. Kolpaktchy

Pert Em Heru – meaning: Coming Forth by Day. This is how the ancient Egyptians called the beginning of the soul’s journey after death. The Egyptian Book of the Dead contains the prayers, monologues, testimonies for the sublime and fearful moment of leaving earthly life, and they are bound to the soul becoming a god. The lines can be read into short chapters, divided into “magic formulas”, so-called Ra-U-s. Most of the many hundred-page Book of the Dead is 5,000 years old, but there are also lines between ten and fifteen thousand years old. They speak to us from a startling distance – at the same time they are shockingly experiential, they talk about familiar feelings, fears, anxieties, trusts, faith.
In contrast to the Christian Requiem texts, this collection does not focus on the grief of the survivors, the prayer for divine grace, punishment, forgiveness, the Almighty, his atonement or glorification, but the experiences of the soul who is the protagonist of the events. who had just “crossed the sacred threshold.” All this is done by in the first person, so in the form of experience, avoiding all lyricism, it practically reports on your journey. The power of the text is not given by the poetry of word usage, but by the always poignant nature of confession; a diary-like account of, moment by moment, what he feels, what the dead “live through”.

This fascinating memory of the death mythology of ancient people is able to appeal to modern man because the language of description is direct, pathos-free, practical. The soul, “stepping out into the radiant light,” reacts in a very authentic, human way: it is almost confused in fear, it simultaneously feels abandoned, euphoric, paralyzed, overwhelming strength, weakness, divine grace, demonic destruction. He feels like an infinitely vulnerable, weak being and omnipotent god at the same time. The text is an unstoppably flood of man’s experience of death, interrupted only in some places by a prayer or anthem.
The soul, having endured the trials waiting for him in the afterlife, and proved sufficiently sinless in the hall of the goddess Maat, avoids the second, final death and can truly step out into the full light of the day. He himself will be a god, “he is free to walk in the circles of the dead.” Now he is his own master, he decides whether to fly from planet to planet, or rather to quietly relax from the hardships of his life, or just return to Earth.

Due to the difficulties of translating the hieroglyphic text and the disappearance of the culture, a full understanding of the Book of the Dead, which is stitched with symbols and references and conveys extremely complex religious knowledge, is not considered possible today. Choosing from the ranks of this fantastic journey was not driven by a desire for scientific authenticity, nor by a religious vocation, but by the possibility of a musical situation inherent in the drama of the ancient text. The volume first came to my attention in the excellent translation of András Bánfalvi, who based on the work of Prof. Kolpaktchy, who translated the original Egyptian text into German. I also searched for this first German translation, and then delving into the German text, I decided to peel the poetic-translator’s creativity from the Hungarian translation, and made the most faithful but raw version of the original text possible. Treating the lines with complete freedom, I wrote the libretto, an aria composed of even the words of several independent magical formulas. This was also possible because the book does not proceed linearly in the presentation of experiences, presenting almost the same cavalcade of feelings over and over again, differently. In his preface, Bánfalvi calls him a “polyphonic fugue,” who accurately recognized the book’s relationship to music. I kept the experience of the text flowing like a stream, and I don’t pause in my forty-minute piece either. Without stopping, but perceptibly, I arranged the web of the items into three large parts, three “RA-U”.
Whether the accounts of the Death Book are true, whether eternal life after death is indeed open to us, or the visions of returnees from clinical death, and the experiences in the Death Book that are strangely consistent with it, are merely due to the fact that after the death of the body the dying of the soul is longer and more visionary – I end my piece with this open question.
My mother twenty and my father twenty-five years ago stepped out into the bright light or rather say coming forth by day. “Pert Em Heru” was born to them. I respectfully thank the work of everyone who undertakes to preforme my oratorio. 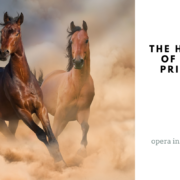 Libretto by Zsuzsa Rakovszky based on the short story of Tolstoy 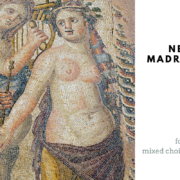 for mixed choir a cappella 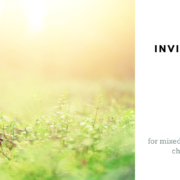 Based on poem of Benedek Kiss, commissioned by Béla Bartók International Choir Competition 1994